1. Implementation of the Article 7 of the Energy Efficiency Directive

The Energy Efficiency Directive (EED) that came into force in 2012 obliges Member States (MS) to report plans to achieve their energy savings targets, through submitting National Energy Efficiency Action Plans (NEEAP). The first submission deadline was 30th April 2014 and is planned that new NEEAPs will be reported every three years afterwards. The plans are intended to cover significant energy efficiency improvement measures and expected and/ or achieved energy savings, including those in the supply, transmission and distribution of energy as well as energy end-use, in view of achieving the national energy efficiency targets.

Article 7 of the EED obliges MS to achieve their targets through developing an Energy Efficiency Obligation (EEO) scheme and/or using alternative policy instruments, which we have described in the knowledge package "Energy Efficiency Policy Instruments in European Union" on possible energy efficiency policy instruments. Here we outline how MS have responded to Article 7, through providing a summary of the most recent analysis of the submitted NEEAPs.

Analysis of the submitted NEEAPs reveals that 40% of the envisaged energy savings in the EU will be achieved through EEO schemes, followed by energy and CO2 taxes and financial schemes and fiscal incentives that together constitute another 32% (Figure 1). 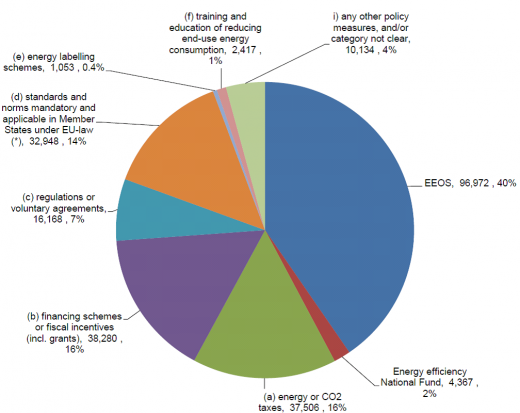 Figure 1: Member States were obliged to outline policies they will use in achieving their energy savings targets. This chart shows the aggregated effects of these policies, based on an investigation of all submitted NEEAPs. It can clearly be seen that Energy Efficiency Obligations are expected to derive the greatest impact.
Source:  Rosenow J., Forster D., Kampman B., Legujit C., Pato Z., Kaar AL., Eyre N., Study evaluating the national policy measures and methodologies to implement Article 7 of the Energy Efficiency Directive, (London, RICARDO-AEA, 2015), p 5

From the 28 MS, until February 2015, 25 have submitted an NEEAP, while Slovenia, Hungary and Romania have not done so until this date1. The most recent analysis of submitted action plans also takes into account the previous communications of these three MS and concludes upon the best available knowledge about the policies the countries will implement, which is why they are included in Figure 2.

17 MS reported they will adopt an EEO scheme out of which 6 have already implemented it2 and 11 are planning to do so in the future3.

MS that have already implemented an EEO scheme are Italy, Denmark, France, UK, Poland and Ireland4. France, Ireland, Italy and UK will also use alternative measures while Denmark and Poland will use EEO only. Among these countries Ireland has in the period between 2011 and 2013 operated a voluntary program of energy savings by energy suppliers, which they have decided to transform into an obligation scheme5 from January 20146.

MS that are planning to implement an EEO scheme are Austria, Bulgaria, Croatia, Estonia, Hungary, Latvia, Lithuania, Luxembourg, Malta, Slovenia and Spain7. Out of these Austria already implemented a voluntary scheme in 2009, which will be replaced with a mandatory one. Bulgaria and Luxembourg are the only MS from this list that are planning to adopt an EEO scheme exclusively, without alternative measures, while others will also implement alternative measures. Within Belgium, the region of Flanders has also implemented an EEO scheme, which has been active since 20028.

10 MS plan to implement alternative measures only and these are Romania, Germany, Portugal, Sweden, Finland, the Netherlands, Czech Republic, Greece, Slovakia and Cyprus3.

The full breakdown of EU MS and their adopted policy mix, as stated in available NEEAPs, can be seen in Figure 2. 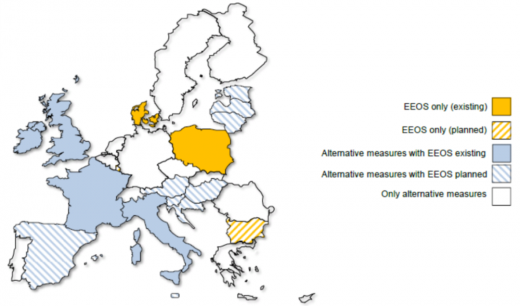 Figure 2: Member States have responded differently to the Energy Efficiency Directive and Article 7. While some have adopted only Energy Efficiency Obligations, others plan to develop alternative measures as well. A number of countries will develop alternative measures only. The adoption of these policy instruments largely depends on local circumstances.
Source: Rosenow J., Forster D., Kampman B., Legujit C., Pato Z., Kaar AL., Eyre N., Study evaluating the national policy measures and methodologies to implement Article 7 of the Energy Efficiency Directive, (London, RICARDO-AEA, 2015), p 16

1.2 Most NEEAPs lack credibility and demonstrate lack of ambition

The action plans that were delivered to the European Commission still have to be implemented and adopted by the final users. Moreover, recent analysis shows that most of them lack credibility9 and demonstrate lack of ambition, questioning the overall EU ability to meet the cumulative energy savings target10.

However, studies that have analyzed the action plans vary in their results, which depend on the evaluation methodology and timing of the study. In an analysis that looked at NEEAPs available as of February 2015, only Denmark and Ireland were assessed as having credible action plans11. However, another analysis that was conducted at same time, concluded that in addition to the above named countries, France and Finland also demonstrate high credibility12. Figure 3 shows the results of this later study. 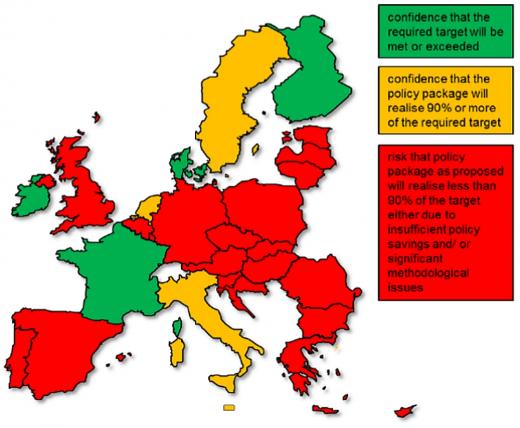 Both analyses have however indicated similar problems, which are shared among the reported NEEAPs:

Measures are eligible when they are additional, meaning that they need to stimulate energy efficiency projects that would otherwise not happen. Only eligible measures can be included in calculating the energy savings targets. Moreover the measures have to be material, meaning that they must have more than a minimal effect on end-user decisions to undertake an energy efficiency investment13.

Finally, the EED mandates that MS define an energy savings target of 1.5% per year but also allows exemptions that allow this target to be reduced by a maximum of 25%. This can be done through excluding transport and EU ETS -affected industries from the target calculation. Besides this, the EED allows them to increase their target progressively, starting with 1% in 2014 and reaching 1,5% as of 2018 onwards14.

Almost all MS use the maximum exemption, meaning that in reality the EU average target is not 1.5% as anticipated by the EED. Based on the review of NEEAPs and most recent notifications of MS, conducted by the Coalition for Energy Savings the current real EU-wide target is in fact 0.8%15. Overall this means that with the current policy instruments, as presented in the NEEAPs, the EU will most likely not reach its energy efficiency target for 2020. In other words, there is an energy savings gap as shown in Figure 416.

Figure 4: With the policies that the Member States have outlined in their NEEAPs, the EU will most likely not meet its 20% energy savings target.
Source: The Coalition for Energy Savings, Implementing the EU Energy Efficiency Directive: Latest analysis of Member State plans for end-use energy savings targets (Article 7), (Brussels, The Coalition for Energy Savings, 2014), p 10

Considering the current energy savings gap, more effort should be given to developing policies that can cost-effectively derive energy savings across the EU. Studies have indicated that energy efficiency regulations are among the most cost-effective way to reduce greenhouse gas emissions17, which at the same time creates employment18, increases energy security19and saves fuel costs20. With respect to these aims, several studies have outlined recommendations to relevant stakeholders in the EU, in terms of what should be done in the future to accelerate energy efficiency improvements.

In particular, the MS should improve their NEEAPs and demonstrate that they are capable of delivering the required savings21. In particular they should respect their legal duties for reporting, measurement and verification and report measures that are sufficiently ambitious to deliver the minimum savings required22. They should also work with energy efficiency stakeholders to mobilise capacities, increase the quality, support and ownership of implementation, and identify and better understand best practices21 22.

A list of more detailed recommendations and technical suggestions - in terms of improving the methodology for calculating the baseline, excluding renewable energy from reported measures etc. - is available in the 2015 RICARDO AEA report23.

According to several studies such as reviews of Article 7 implementation24 25 by the Coalition for Energy Savings, regulatory predictability should be improved by extending Article 7 beyond 2020 and excluding exemptions (phase in of measures, counting of measures achieved in the past and excluding transport from target calculation). Moreover, the implementation of Article 7 of the EED should be continuously monitored and the calculation of the energy savings target should be scrutinized26 27.

Finally, stakeholders should raise awareness and coordinate among themselves so as to influence the EED implementation process at national level and develop clear messages to the implementing authorities on the importance of effectively designed policies26.